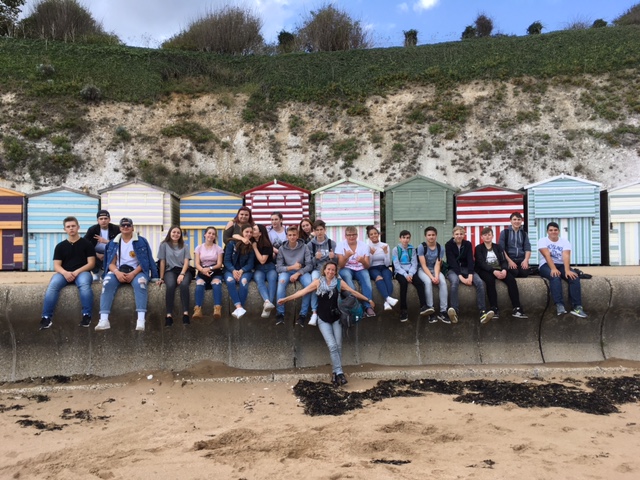 This year the 10b and the 10d travelled together with Ms. Michaelis, Ms. Geissler, Ms. Ackermann and Mr. Schlömer to Ramsgate (England). We went by bus and with a ship via Calais to Dover. When we arrived at the St. Lawrence college, we unpacked  our stuff and went to the supper. That day everyone was happy to finally be there.

The next day we had to get up early. We went to tbreakfast. For breakfast everyday they had eggs and bacon with toast or croissant. For lunch we got a lunchbox with bread, a bottle of water, an apple, a bar of chocolate and a bag of crisps. After breakfast we walked through Ramsgate to learn something about the city. At noon we met at the harbour and walked along the sandy beach. This beach was very cool and we had a great view of the sea. The hike along the beach was longer than we expected so we used the remaining time to supper  to chill. Supper was different  every day. One day we had fish and meat, something vegetarian, and  another day we had sausage and burgers. After dinner we played some games with our class.

Then we had Wednesday. On that day we first of course had breakfast and got a lunchbox. There we had the same things as the day before. At noon we drove to Dover to its castle. It was great. We went up a tower and had the beautiful view of Dover and the sea. Then we went down again to see the other things in the castle. After seeing the castle, we made a trip to the white cliffs of Dover. The view there was even better than from the castle. After a while we had to turn around because it was too muddy to walk on. At the end of the day we made a short stop at Botany Bay. It was one of the best beaches we have ever seen. We were at a small part of a much bigger beach. To get to the  bigger parts, you had to go between two big cliffs and then you could see the coolest beach ever.

On Thursday we were in Canterbury the whole day. First we went on a boat-trip on the river. We think our class wasn´t ever so quiet as there on the boat. The things the boat-guide told us  were so interesting that nobody talked. When  the tour was over, we had time to see the city and some cool buildings like the Canterbury Cathedral or the Marlowe Theatre.

On the last day, on Friday, we went back home. We had a lot of fun in England but we also were very happy to get back home. 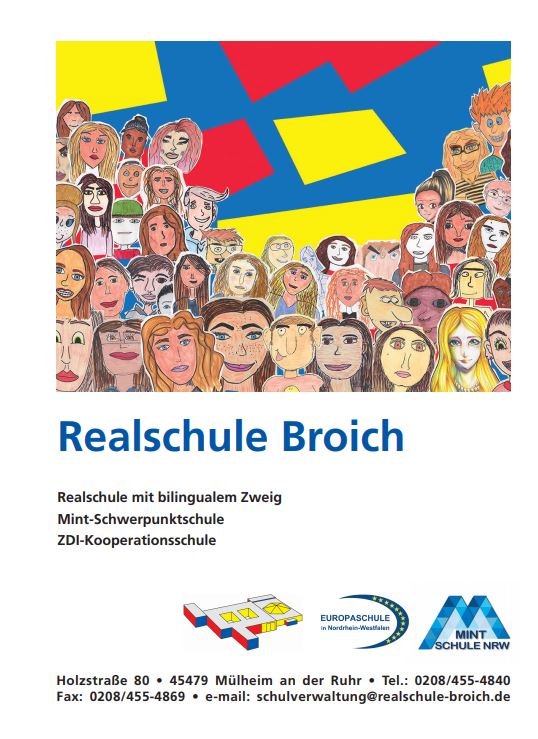